Harm None, But Take No Sh*t by Mat Auryn ( read this: a really good article! ) 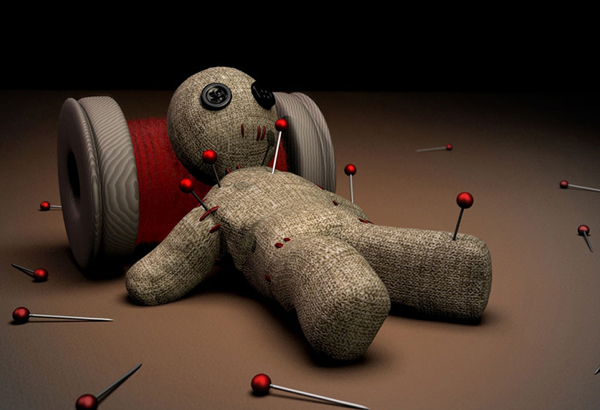 By Mat Auryn
Recently I had the honor of appearing on Madame Pamita’s “Live Magic Q&A.” Madame Pamita is one of my favorite humans ever and I had no idea what kind of questions were going to be asked, so it went into some really interesting topics. One of the topics discussed was magick related to cursing and hexing. My views on this topic are not as clear cut as that of a lot of other people. Being pro-curse is trendy these days, to the point where it should probably concern any serious magickal practitioner. I think this is in response to decades of having the “three-fold law” and shallow interpretations of “harm none” shoved down our throats. The topic of cursing is something that I think needs a more balanced consideration. The following are some of my thoughts on the topic. How you choose to incorporate or disregard these perspectives is up to you. You do you, Witch.
What particularly concerns me the eagerness that some are ready to curse others over trivial matters. For example, I recently saw someone on social media post about something really rude that a stranger said to them. The immediate response was a flood of people saying that he should curse the person to teach them a lesson. It genuinely makes me wonder if these people actually believe in the power of magick and what it can do, or if they’re completely void of empathy and remorse for other people. I wouldn’t go and stab someone because they hurt my ego or feelings. Sometimes the coin to pay for cursing is watching the curse unfold, which is why I give myself a three-day rule to calm down before I decide to even attempt malefica—to which I 90% of the time decide not to once I’ve calmed down and am thinking a bit more clearly – and think of more strategic ways to solve the problem then running to the magickal equivalent of violence.
Read the whole article at the following link...
https://www.patheos.com/blogs/matauryn/2020/01/14/harm-none-but-take-no-sht/
3 fold law curse energy harm none hoodoo karma returns reverse voodoo