New Moon in Leo, Thurs 7/28/22--Welcoming Our Own Power, Lammas/Lughnassadh and the Lion's Gate 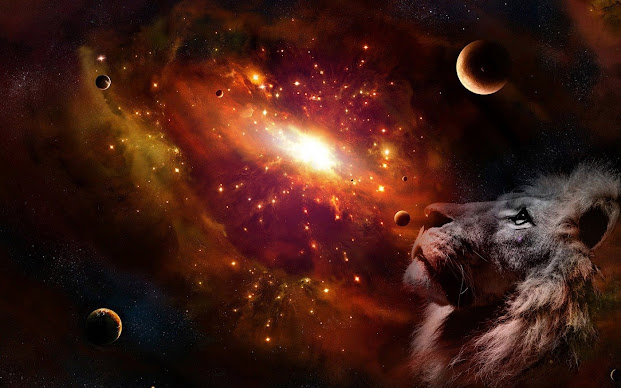 OK, this time of year is fiery, an IDGAF attitude prevails along with tempers for many in addition to creativity. Fun and bliss rules and people's vibes are RED HOT just like sucking on a cinnamon fireball or using tabasco as a condiment on EVERYTHING! For fire signs, this is your time to shine and even though this New Moon was last week on the 28th of July, this energy is still happening as the Moon is waxing to it's fullness in the sign of Aquarius on August 11th. Just step into it and MANIFEST! Demand what you want and you will get it! 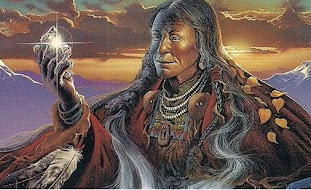 The Earth and Water Goddess, the Incan "Pachamama" is celebrated in South America on August 1st, the same as the Celtic Lughnassadh aka Lammas by us witchy folks. Since the people of the Southern Hemisphere are in their cold winter months during this time, the manifesting magick surrounding this Goddess is nutrition, abundance and prosperity not unlike Mother Nature or Gaia; pictures of Her depict clear running water as tears coursing through the verdant hills, mountains and cliffs. Ecology, the Environment, fights with Big Oil and protection of the Water are very clear themes here and many call out to Her as a Water Goddess. 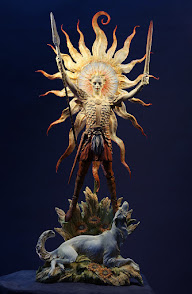 The Celtic Festivals have gone on for centuries and many in the British Isles (to include Ireland and Scotland) celebrate gratefulness and a thanksgiving for the first harvest of the corn and the grain. Bread is customarily baked and beer is made. All from the harvest grains of this season; wheat, corn, barley and hops.
These customs celebrate Lugh, the multi-talented artisan and Sun God of the Celts. He is most often associated with Mercury, but I also see Him closely aligned with the Roman/Greek Apollo as well.
And in other parts of the world, the Sun is associated with female energy, not male. A few examples are the female Goddesses Amaterasu (Shinto, Japan) and Beaivi (Shaman, Saami). So what is the Lion's Gate? It is said that during this season, on August 8th, the Lion of the sign Leo creates a portal for manifestation to take place. A holy time for those that believe! The Lion is powerful and represents a strong force of going after what you want with personal power and positivity. This time of year also heralds Sirius as this star comes into view as well and lines up with the belt of Orion and the Earth. The star is aligned with the Egyptian Goddess Sopdet or Sothis, marking a heavenly time, the inundation of the Nile River to make the river bank fertile for growing and confirming in the skies that all will work out and all will be well. More on the Lion's Gate HERE.
Be sure to bake your bread, give it up as an offering and adorn your dinner table with it.... 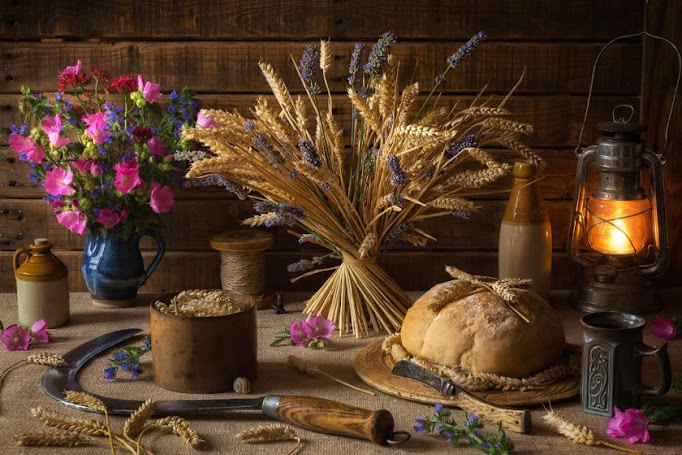 Always check to make sure you are dealing with me. If you ask me questions, I will respond. But I will NEVER solicit you for a reading online!

15 MINUTE READING $45
30 MINUTE READING $90
45 MINUTE READING $120
ONE HOUR READING $150
($3 A MINUTE--Longer readings get a discount!)
***TikTok readings will have different prices due to specials I am running when I go LIVE.
***Astrology Readings are always priced differently, so contact me for an exact quote!
***If I am reading for you in a store, the prices will vary due to the store management.

All consultations are in-person, online, emailed or via phone. Appointments are highly recommended either personal/private/one on one or in advance for gatherings and special events. When working at a store, I take walk-ins or appointments.